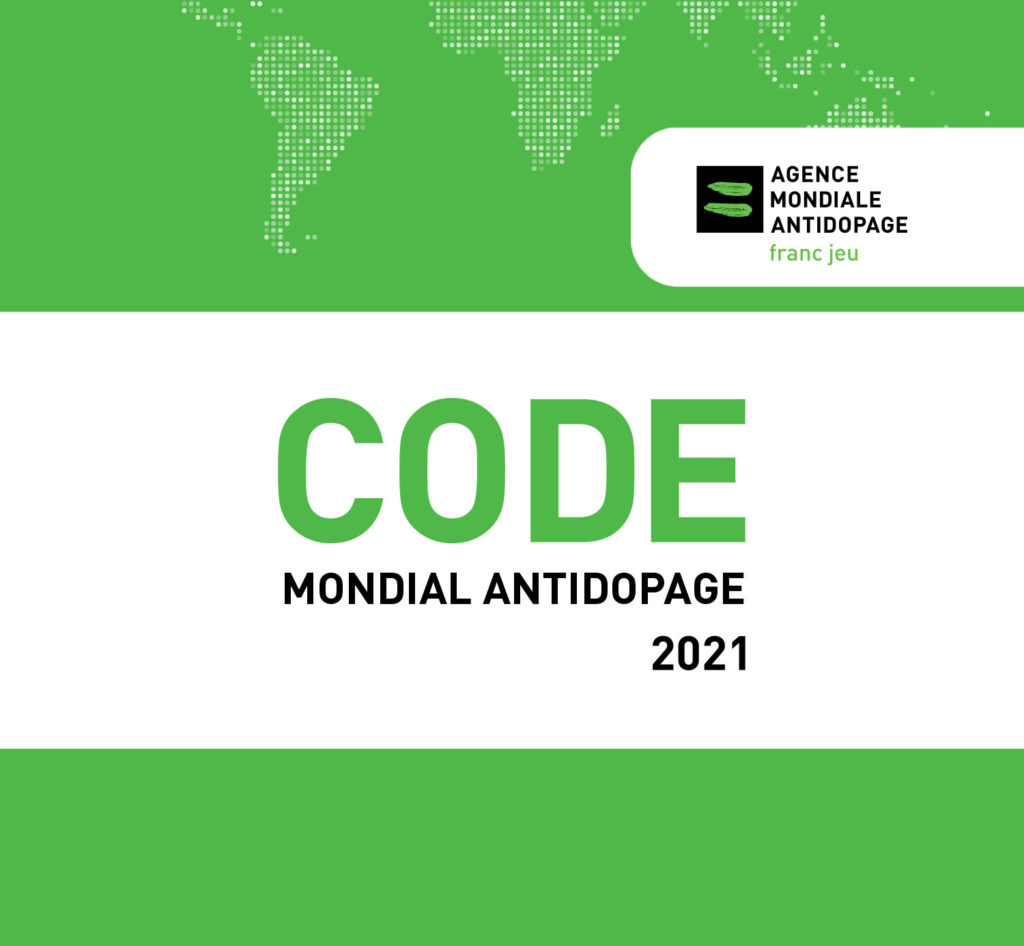 CONTEXT OF THE REVISION OF THE CODE

The World Anti-Doping Code (the Code) is the fundamental and universal document on which the World Anti-Doping Program is based. Its aim is to promote the fight against doping through the universal harmonization of the main elements of the fight against doping. The Code is specific enough to allow full harmonization on matters where uniformity is needed, and general enough to provide flexibility in the application of accepted anti-doping principles.

The Code has been drafted taking into account the principles of proportionality and human rights. In January 2003, the first version of the Code was approved in Copenhagen during the Second World Conference on Doping in Sport. At the time, WADA was committed to updating this document by revising it periodically. In keeping with its commitment, WADA's Foundation Board initiated review processes in February 2006 and November 2011 which led to the incorporation of amendments into the 2009 and 2015 versions of the Code respectively.

The Code review process was carried out under the watchful eye of WADA's Legal Affairs Department, which coordinated the work of all Code and Standards drafting teams, ensuring consistency and harmonization. of the various documents.

Following the review process, partners were invited to speak publicly about proposed versions of the Code and Standards during the Agency's Fifth World Conference on Doping in Sport in November 2019 - an opportunity that more than 70 partner organizations seized -, before the Code and the full set of Standards were approved by the Board and the Executive Committee, respectively, the November 7. Revised Code and Standards, as well as Declaration, entered into force on 1er January 2021.

WADA believes that the review process has been comprehensive and transparent and thanks all partners for their high quality comments, as well as the editorial teams for this important work which will ensure greater protection of clean sport. .

The following final versions of the Code and International Standards entered into force on 1er January 2021:

If you have any questions about the above documents, please write to us at: code@wada-ama.org.

As it has done in the past, the Agency has issued a Legal opinion on the 2021 Code by judge Jean-Paul Costa, former president of the European Court of Human Rights. As a consultant to WADA, Judge Costa gave his opinion on the compatibility of the new measures proposed in the Code with international human rights standards. His comments have been taken into account in the proposed draft version.

The May 4, 2020, WADA launched its 2021 Code Implementation Support Program (CISP), designed to help signatories prepare for the implementation of the 2021 Code and International Standards. CISP resources are available at the Agency e-learning platform (ADeL) and include:

These resources highlight the main changes and steps signatories can take to implement the 2021 Code and International Standards.

If you have any questions about CISP, please write to us at: 2021CISP@wada-ama.org.

PAPER VERSIONS OF THE CODE

In line with WADA's sustainability efforts, the Agency has reduced the printing of documents in recent years and favored the digital format for its publications. However, given the importance of the Code and the fact that it will be used for several years and on a daily basis by the Agency's partners, in the coming months, WADA:

The CMA site may install a cookie on the hard drive of your terminal (computer, tablet, mobile, etc.) in order to guarantee you smooth and optimal navigation. The information collected through cookies does not in any way allow you to be identified by name. None of this information is communicated to third parties except when the CMA has obtained your prior consent or when the disclosure of this information is required by law, by order of a court or any administrative authority. or authorized judicial. The only cookies placed by third parties are those from YouTube, which the CMA site uses to host and distribute its videos. To learn more, please see our Privacy Policy.I agreeI refusePrivacy policy